Should You Fake It Until You Make It? 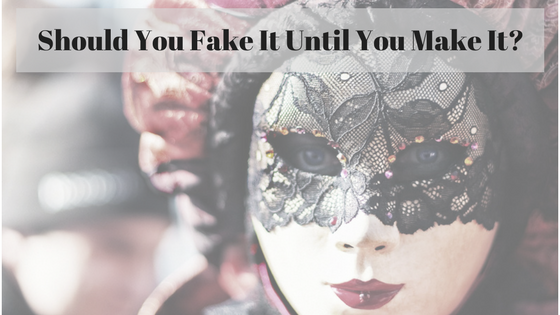 If you're new here, you may want to subscribe to my RSS feed. Thanks for visiting!

Have you ever heard the phrase, “Fake it until you make it”? I'm sure you have. But don't do it. Instead, “Act as if and go as though”. What does that mean? Well, scroll down to the video or the transcript to find out what the distinction is and why it's so important.

Fake It Until You Make It Video

Keep in mind this video is from a Facebook Live so some events I talk about may be out of date.

Should You Fake It Until You Make It? from Tracey Hausel on Vimeo.

Fake It Until You Make It Transcript

Hi, everybody. This is Tracey Hausel from traceyhausel.com, coming to you from my living room in Wilmington, Delaware, 20 minutes south of Philadelphia, Pennsylvania.

Let me move my cursor before I accidentally shut down the livestream. All right, so today I want to talk about should you ever fake it until you make it. Well, let's look at what the words mean. Fake means it's not really you, right? No parts of you, okay?

Now, when I was 17, almost 18, the summer before heading to college, University of Delaware, I was going to student orientation. I told my dad he didn't have to go because he wouldn't have gotten it anyway.

I picked up my friend, Kevin, because he wanted to go to the financial aid office and up we went. Then, we went up to what then was North Campus. Now it's called Laird Campus. It's where they were holding student orientation, and he left.

[…] I said, “Don't leave me!” because I was terrified to be by myself. This was huge. I had to have someone go with me. No lie. I could not have gone by myself.

I would have gotten there, but it would have been really ugly. He says, “Tracey, I've got stuff to do. Fake it until you make it.” Hmm. Well, what I didn't know then, what I learned years later, was that I didn't fake it.

I became my future self. I became the person I could be, someone who was confident, who was sure of what they were doing, and wasn't scared of the process that all those other kids were going through.

But, that wasn't what I did, [it] wasn't fake it until you make it. I thought it was at the time. What it was… what I learned from a cowboy,  it was “go act as if, go as though”, which means act as if you're already where you want to be and continue acting that way and go that way.

You're not having the people who really do need what you provide, you're not attracting them. They're never going to find you because you're not being who the person they need.

It's full, I believe, for this year, but if that's something you're interested in, if e-commerce is, that means having a store on the internet and selling stuff, I do have other training I can recommend to you. You can go to traceyhausel.com/shopify to learn about that.

Also, if you missed … This should be the same way. If you missed the replay or the video of the Facebook Live clinic, I will put a link for that. I'm thinking it's the same one as I gave out the other day, traceyhausel.com/studio, but I'll double check just to make sure.

All right, again, I don't know … I won't be coming on one o'clock. That part I can probably guarantee you. I'm going to see if I can come on. It depends what all's going on and I may not be teaching next week.

I just might be sharing what's going on. Okay? But, I will see you guys at some point and you have [a] wonderful weekend. Have fun watching the Super Bowl. Go Falcons. I'll talk to you later. Bye-bye.

How to Increase Focus

How to Get Started, Stay Focused

Now, that you understand the difference between, “Fake it until you make it” and “Act as if and go as though”, share this with people who need to hear about the difference on Facebook and Twitter.

Skype: traceyhausel
Email: [email protected]
“I help home business owners get in action, Get Stuff Done, and get results.”

PS: If you’re not getting at least 10 leads a day, check out this system that teaches you step-by-step how to get leads HERE. (aff) Unless you don’t need leads.

This site uses Akismet to reduce spam. Learn how your comment data is processed. 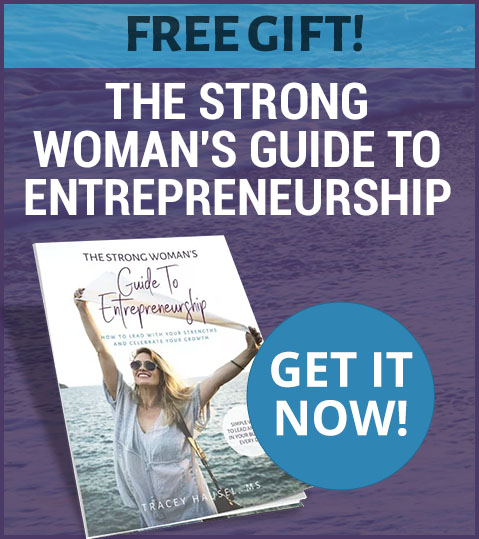 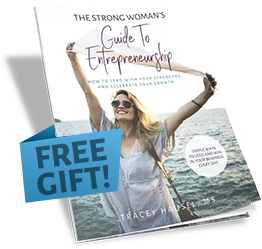 The Strong Woman's Guide to Entrepreneurship

How to Lead With Your Strengths and Celebrate Your Growth

You have Successfully Subscribed!